Delhi Bike Trip for Real adventure enthusiasts should have to visit at least once this region as it provides wide scope for biking, off roading, hiking, camping, trekking and many more. The major attractions include in this trip are Manali, Rohtang Pass, unpredictable Baralachla Pass, picturesque view of Sarchu, Tanglangla Pass (the second highest motorable pass in the world).

Leh (the beautiful tiny city), land of lama’s & monasteries, Khardungla (the highest motorable road in the world), Nubra valley (the cold desert). where you can ride on double humped camel in magical sand dunes, the magical color changing Pangong TSO, Magnetic hill, confluence of Indus and Zanskar river, Gurudwara Pathar Sahib, splendor of Indian victory Kargil War Memorial, Srinagar (heaven of the world ), the world famous Dal lake and many more. And so call highway to heaven from hell.

Laxmi Narayan Temple: Popularly Known as Birla Mandir, it’s a large Hindu Temple built in Orissa style in 1938, by the renowned Birla family. People of all faiths can worship at this temple.

Qutab Minar: Qutub Minar is an excellent example of Afghan Architecture . The Minar is 72.5mts high victory tower, the construction of which began in the final year of twelth century by Qutubuddin Aibak and was later completed by his successor. It has been given World Heritage Site status.
Bahai Temple: Situated a top the Kalkaji Hill. Its is also known as “The Lotus Temple” due to its distinctive lotus shaped design in Marble. It was built in 1987 by the followers of Bahai faith. The temple signifies the purity and equality of all religions.

Gandhi Smiriti: The Memorial consists of: (a) Visual Aspects to perpetuate the memory of Mahatma Gandhi and the noble ideals he represented, (b) Educative Aspects to focus concentrated attention on certain values of life that made Gandhi a Mahatma, and (c) Service Aspects to introduce activities in order to subserve certain felt needs.

On display in the Museum are photographs, sculptures, paintings, frescos, inscriptions on rocks and relics pertaining to the years Mahatma Gandhi spent here. The meagre personal effects of Gandhiji too are carefully preserved

Early morning meet up at  India Gate followed by a quick briefing session and  it is  time to start the life time dream trip. We start our trip to  Manali at wee hours via Karnal (breakfast), Ambala (quick break), Kiratpur (lunch),Mandi and Kullu.

After having delicious breakfast, get ready for local sightseeing and visit Solang Valley , where you can enjoy paragliding, visit Hadimba temple, Vashisht village where you may take dips at hot water spring, Mall road market, wrap up any last-minute shopping and come back to hotel by evening, and gear up for your adventurous ride through Pir Panjal range of the great Himalayas, the very next day.

Having a healthy breakfast, we will hit the road for Jispa crossing the famous Rohtang Pass, the first pass on Manali Leh highway, which connects Kullu valley with Lahaul spiti Valley. You will enjoy the mesmerizing scenic beauty along the  chandara and Bhaga river. Reach Jispa and Overnight Stay at Jispa

As you leave Jispa behind, enter the Greater Himalayan landscape. This highway route, takes you into the heart of the mountains. Enjoy the splendid view as you pass through the Baralacha Pass (5000 meters above sea level). Keep driving towards Sarchu which is the border line between Kashmir and Himachal. Reach Sarchu camp and relax for the rest of day.  You have to keep fluid intake high keep away AMS (acute mountain sickness). Overnight stay in camp

Start your journey to Leh after early breakfast. Cross Gata Loops , the 21 hair pin bends . On this day you will get the chance to ride on all types of road i.e tarmac, stony, quick and unbelievable U turns. That is probably why it is often referred as the “Highway to Hell”. Break for lunch at Pang and then drive on towards Leh passing through Skyangchu Thang (a vast plateau stretching for 42 kms) and then crossing Tanglang-La (17,585ft) and driving through the upper Indus Valley. Reach Leh by evening. Overnight stay in hotel.

After a hearty breakfast, set out for local sightseeing, exploring Leh and the neighboring attractions, visiting Shanti Stupa, Jama Masjid, Leh Palace, Polo Grounds, and the War Museum to name a few. In the later part of the day, check and gear up the bikes as necessary and get ready for the adventure that is to follow the next day.

Gear up and speed off on the smooth tarmac to meet the board showing The Highest Motorable road in the world, after having a quick photo session head toward Khardung village where you can have a quick break for tea and snacks, after crossing Khalsar and Diskit and will enter in the fascinating magical sand dunes of Nubra valley. Overnight stay at camp.

Instead of coming back to Leh from Nubra, we will head towards Pangong Lake via Shyok route. This will give us an additional opportunity to ride/drive as real off roading, water crossing and save a day as well where we will get the chance to ride along with SHYOK RIVER. After crossing Tangtse you will see the first view of world famous Pangong TSO. Overnight stay at camp.

After spending an unforgettable night on the bank of Pangong TSO,  head towards Leh. Enroute  we will cross the Changla Pass ( 3rd highest motorable pass). Have a quick break at Karu for refreshment. Reach leh and overnight stay at Hotel in Leh.

The road from Leh to Kargil, which resembles a runway, constitutes the first part of the day’s journey, feel the magic of magnetic hill, pray at Gurudwara pathar sahib. En route, visit the Lamayuru monastary, which is the highest monastery in Ladakh and then,cross the Fotu La, the highest pass on the Leh - Srinagar road and descend down to stop at Kargil. Overnight stay at hotel in Kargil

Begin riding and cross Drass - the second coldest inhabited place on earth after Siberia (Russia) and visit the Drass war museum to pay respects and pray for the peace of the brave souls of the valiant jawans who fought and sacrificed their lives during the Kargil war of 1999. Pave way to reach the majestic Tiger hill and salute the brave Indian Army and the national flag - ‘Tiranga’ and yet again, feel the pride of being an Indian. Ride to cross Zoji La and descend down to Sonmarg while leaving behind the arid, dry and vegetation - less yet picturesque Ladakh to be greeted by the starkly contrasting greenery of Sonmarg, one of the most beautiful parts of Kashmir. Visit the Dal Lake for a shikara ride, the Mughal Gardens, the Shankracharya Temple and other tourist attractions on reaching Srinagar.

Cross the gateway to Kashmir which is heavily guarded by the Indian army, and then, pass through the historical Jawahar Tunnel to enter the newly constructed the  longest tunnel of India (Chenani - Nasri Tunnel) then enter in warm and sunny Udhampur/ Jammu region. Finally, be grateful to God for having successfully completed one of the toughest drives in the world not only safely but also while immersing in every moment of its awe inspiring beauty at the same time, reach Pathankot by evening and overnight stay at hotel.

After having north Indian the most famous Punjabi breakfast, start your journey to Delhi, cross Ludhiana, Ambala and reach Delhi by evening. Tour concludes with lots of unforgettable memories. 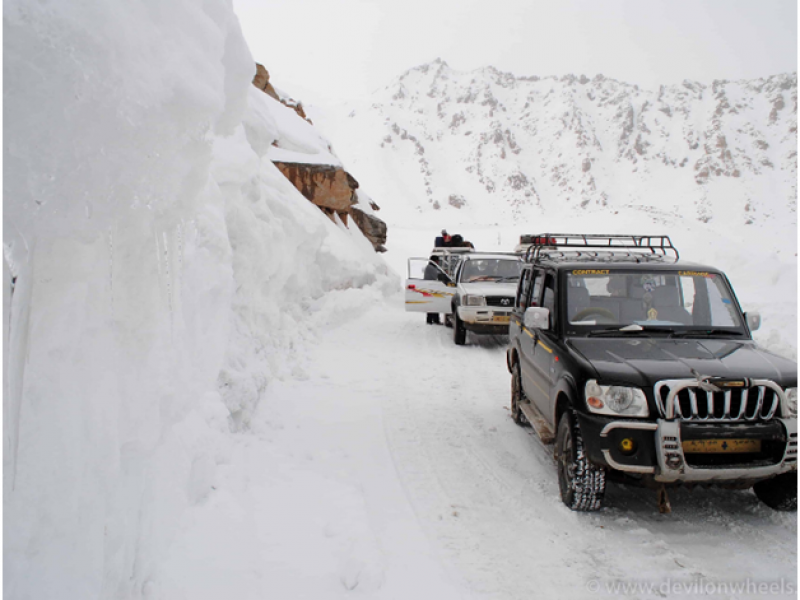 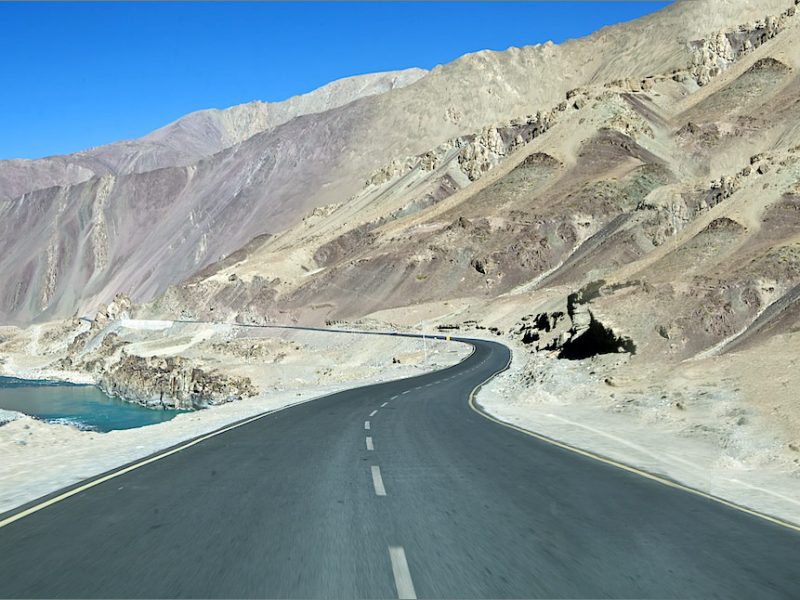 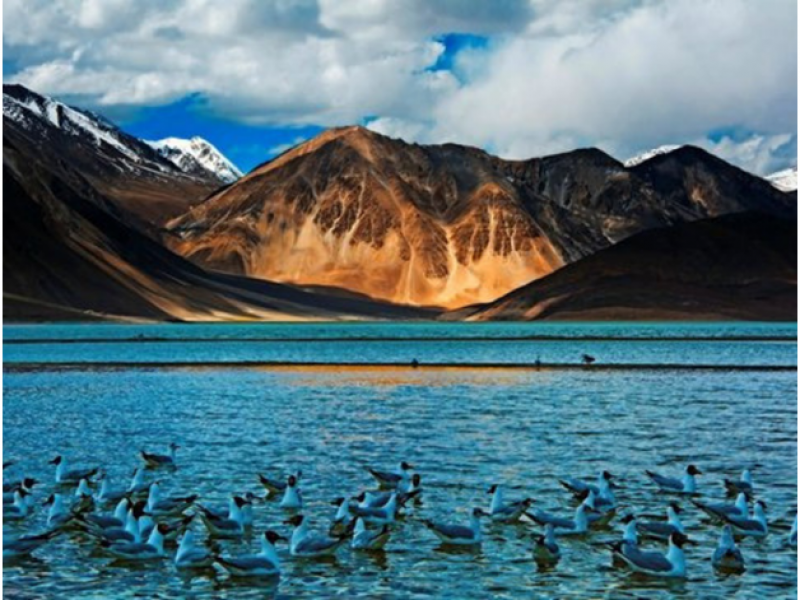 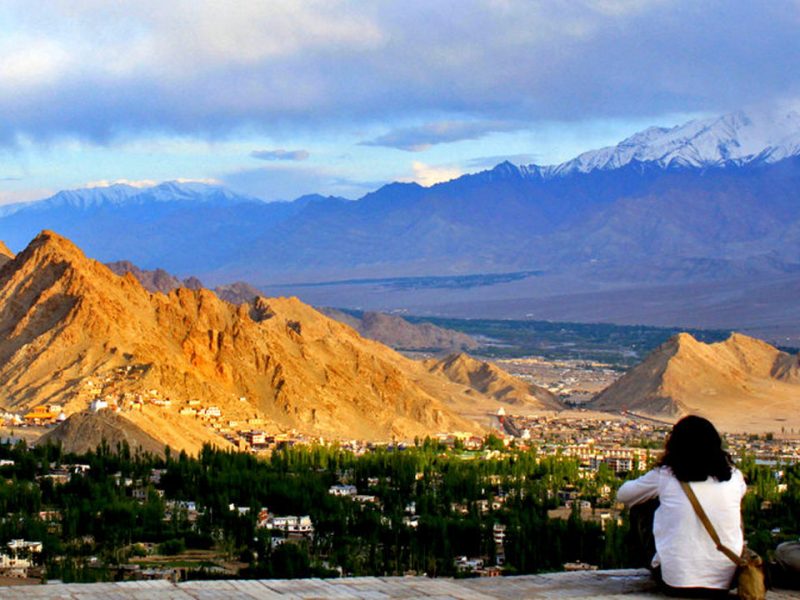