Jammu from Srinagar from Kargil 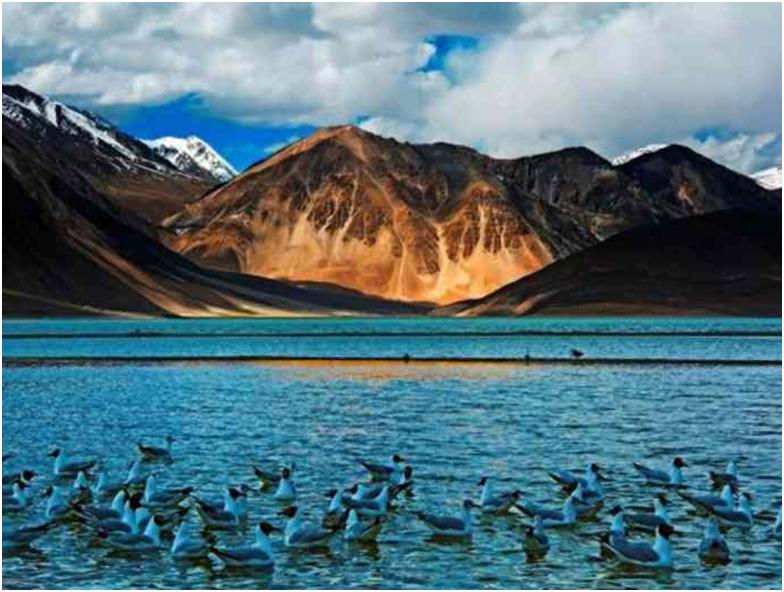 Our entire trip from Leh to Kargil by road took almost 7 hours, thanks to bad weather. By the time we reached Kargil, the time had opened a little. We stopped for a lunch break and continued on our way to Dras, where we reached 18h. The organized room was decent with hot water available. We had some free Army Rum drinks, courtesy of our friend posted there. Dinner was delivered to a nearby restaurant.

We made another round of phone calls to update on our adventure today. Finally, it was time to say good night.

To our pleasant surprise and relief, we arrived on a sunny day with a clear sky. Our goal in mind was to reach Dharamshala, although we knew it would be a difficult task to manage more than 600 kilometers a day. But with 2 pilots, we believed we could do it.

We started around 7:30 am; and we continued our journey nonstop almost to Zojila’s passage.

We stopped at a small cafe run by the Indian Army called Cafe Gumri, just 2-3 kilometers before the Zojila Pass. Here I realized for the first time that army-run cafes are much cheaper compared to private ones. We had a couple of Maggies and a hot coffee and it was very good.

We spent about 45 minutes there. This little pit stop should cost us dearly. As soon as we reached the passage, the army stopped the vehicular movement, as there was some loose stone that needed to be removed. We saw that the car in front of us had passed a few minutes ago.

We had no choice but to wait until the road was cleared again.

Finally the road reopened after about 1.5 hours and we managed to get down to Sonamarg. It was so late that we decided to go on and on.

We arrived in Srinagar around 15h. Ideally, we should have arrived here around 1:30 pm, but all thanks to the pass lock we had a delay of 1.5 hours. We rounded Srinagar and ran toward the Jawahar tunnel. But our momentum was very slow due to frequent truck jams, as it was apple season, and secondly, the Bakarwals with their animals were marching toward the lowlands for the winter season.

We made a short stop at Toofani Nallah for a tea break and went down to Banihal. We were spared the traffic jam on this stretch as we headed to Leh.

But Banihal for Ramban Stretch was about to give us the dose of his (Terrific) Jam and that too with Interest. We got stuck in Banihal around 6 pm and crossed Ramban around 12:30 pm. Rest I leave to your imagination. The main cause of the jam was two separate truck accidents.

Unable to reach Dharamshala. So I had already proactively called my sister to Jammu and asked her to arrange the dinner we will bring when we arrive.

Well, we finally got to Jammu around 4am. We had something to eat that my sister kept ready and dozed off.

We woke up around 10 am. There was nothing special about today’s journey and it will just be a drive home. I said goodbye to my sister after breakfast, headed straight for Dharamshala, and got home at 4 pm.

As all good things end, the trip to Leh is also over. I learned many positive lessons from me during this trip.

There is nothing impossible in the world. I read somewhere: “To accomplish the toughest tasks, you need to devote hard work, perseverance, and concentration to one goal. You must have patience and faith in yourself. You must have determination, dedication and devotion to achieve success. Never worry about the results. Keep going even if the pace is slow. Just make sure it stays stable. You are bound to face obstacles on the way to success, but with courage and perseverance, you can master them. ”

In my heart I now feel more respect for Mother Nature and the people of Ladakh for their tranquil and peaceful nature. Hats off and a big salute to the Indian army. In no way can we repay you for your effort and courage. I would also like to thank my partners in Crime – Sunit and Rakesh G. Thank you for your support and my family for giving me some time for me. Many people helped me with the trip. I won’t use names, but they will surely understand when they read my journey. Thank you friends.

And what can I say about my cute pie, my Wagon R? She performed more than my expectations. When I got home, my daughters were searching my bags about what I had brought for them. Well, I just had a collection of over 5000 photos to present them. They wanted to hear about the adventure I had. As I was tired, I promised them that they would know the adventure as soon as I finished my travel journal. Well, here it is dedicated to my sweet angels.

Thanks for being part of the Journey. Cheers until the next trip, which I’m sure, soon.

Listed below are some details about the trip between Kargil, Srinagar and Jammu which may be of some help to anyone planning a trip here.

Bus schedules from Kargil to Srinagar

The bus leaves from Kargil around 20:00, but time also depends on whether there was any delay on the route between Leh and Kargil. The rate per person is about Rs. 350 to Srinagar.

The total distance from Kargil to Srinagar by road is about 200 kilometers in total.

From Kargil, the total journey to Srinagar Airport will be about 225 kilometers.

Kargil does not have its own airport, so there are no direct flights between the two cities. Some time ago a helicopter service was launched but was not regular due to safety concerns in the area.

The road from Kargil to Srinagar runs through some of the most amazing and fascinating sights I’ve ever seen. The valleys around Sonamarg are a wonder. Traveling through Zoji La will make your heart leap to your mouth in many places. The whole unit is a mix of adventure and sight seeing. The route will be as mentioned below.

The time required to travel the above-mentioned route will depend entirely on your speed and breaks; and also the traffic in Zoji La. But without obstacles and maintaining a constant speed, this route should not take more than 6-7 hours.

There are two types of taxis available on this route, private and shared. If you rent a private taxi, it will cost about Rs. 6,000 for a fall in Srinagar. For a return trip with a nightly stop in Kargil, the fare would be Rs. 13,200. If you would like to extend your journey to Leh, the total fare would be Rs. 16,200. A shared taxi will cost about Rs. 1000 – 1500 per person, depending on your negotiating skills. 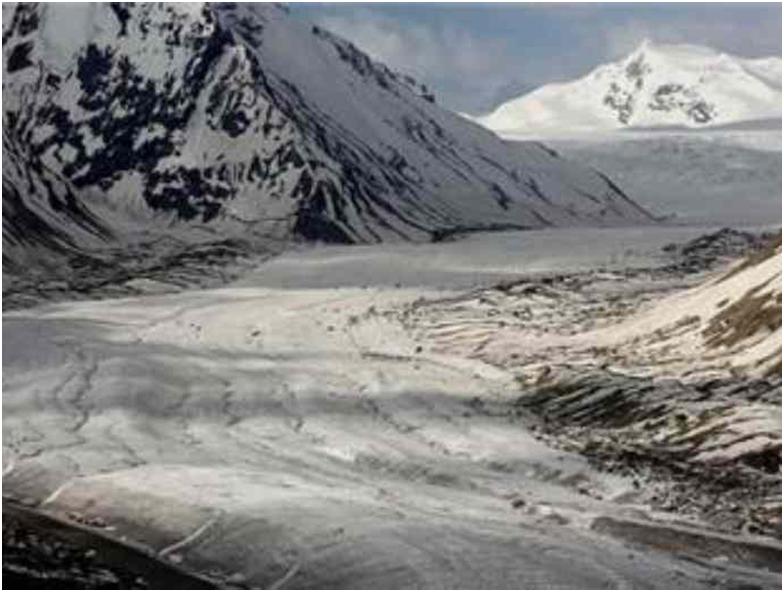 Bus from Kargil to Jammu

No direct bus service from Kargil to Jammu is available. Your journey will have to be divided into two parts. You first have to get to Srinagar from Kargil and then board a bus to Jammu from Srinagar.

Distance Kargil to Jammu by Road

The total distance from Kargil to Jammu via Srinagar, Ramban and Patnitop is about 480 kilometers. If you passed the Mughal road, the distance would increase to about 550 kilometers. Travel time, however, will remain the same on both roads, as there is almost no traffic on the Mughal Road and no mass traffic jams.

There is no airport in Kargil; therefore, there are no direct flights between the two cities.

The total distance between Leh and Srinagar via Kargil is about 425 kilometers.

How to get to Kargil from Jammu

If you are traveling with your own vehicle, you can drive on your own on Jammu – Srinagar Highway or Mughal Road. If you are traveling by public transport, the best way to board a shared taxi at the General bus stop for Srinagar, whose fare will be Rs. 700 – 1000 per person. Luxury buses always depart at night; making the entire trip to Srinagar a night trip, for which you must book your ticket with the private bus operators near the General bus stand.